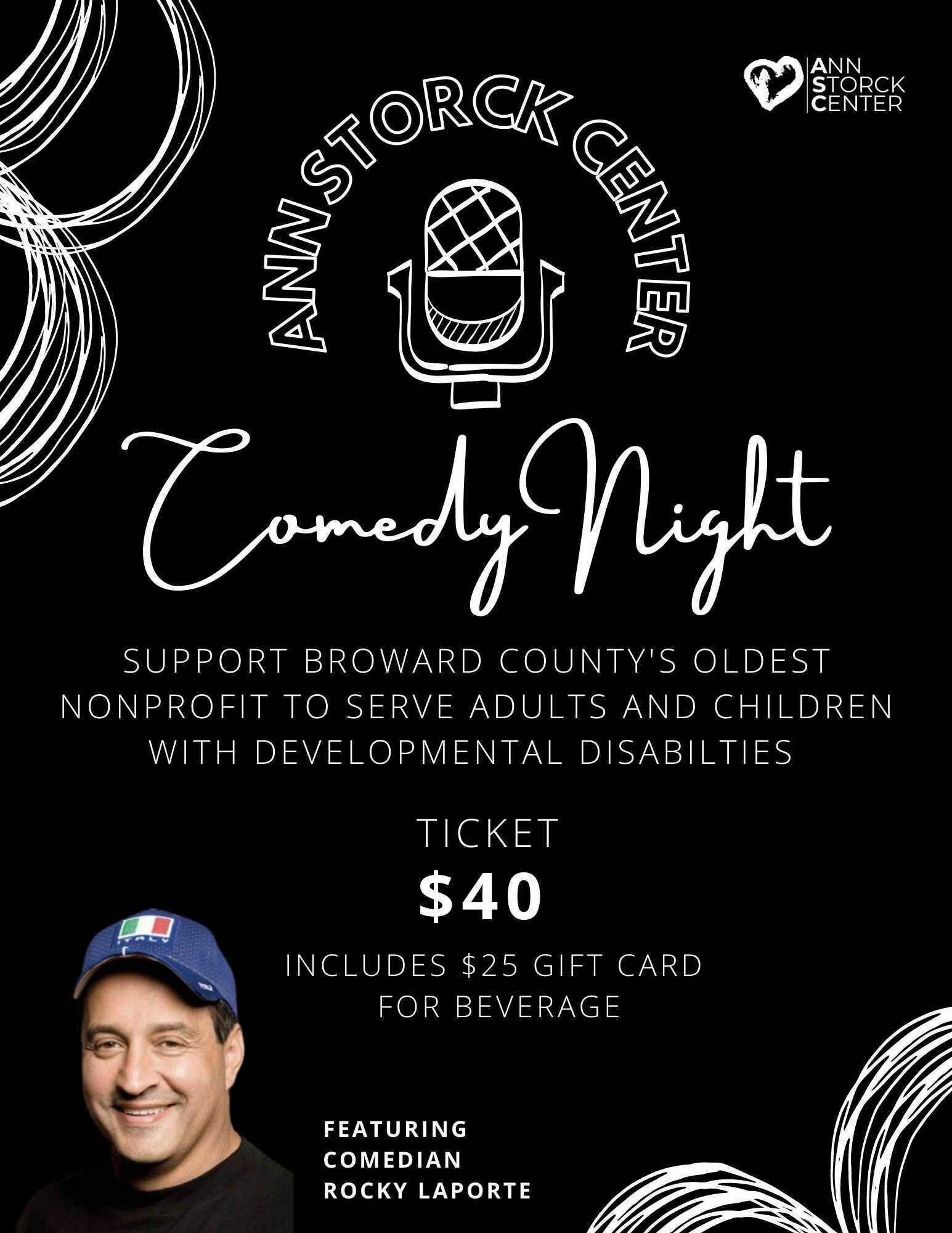 Tickets are $40/per person and includes a $25 Bar Gift Card that is redeemable at event. Must be 21+ to attend.

All proceeds from this event benefit the Ann Storck Center, Broward County's oldest nonprofit to serve adults and children with developmental disabiltiies.

Rocky Laporte Rocky LaPorte’s appeal comes from his everyman, streetwise style of comedy. Delivering laughs in his trademark Brooklyn accent, he has become one of the most sought after comedians in the country, and he just recently appeared on on the season 8 of NBC’s Last Comic Standing! Rocky received 5th place out of 10 contestants. A former Chicago truck driver and dock worker, Rocky has accumulated a slew of performances throughout his career, including being a featured comic on Showtime‘s The Godfathers of Comedy, a special starring five of America’s most hilarious Italian-American comics. On the big screen, he has been seen in two Tim Allen movies – Crazy on the Outside and The Shaggy Dog.